Nobody Wants to Talk About It:
Race, Identity, and the Difficulties in Forging Meaningful Conversations
by Michael Sidney Fosberg

For the past fifteen years, Michael Fosberg has performed an autobiographical one-man play at middle & high schools, colleges, corporations, government agencies and community organizations across the country. The play chronicles the journey to find his biological father and discovering his family’s African-American roots. Having been raised thinking he was White, this sudden discovery of his Black roots had implications beyond simply his own identity. By performing both Black & White characters, intentionally incorporating suggestive racial stereotypes, candidly examining passing, covering, White privilege and code switching, he challenges audiences to openly discuss these issues while also acknowledging their common bonds. In both his show and memoir, INCOGNITO: An American Odyssey of Race and Self-Discovery, published in 2011, he purposefully sets a course to engage people in meaningful conversations about how we see ourselves and others, and the ways in which we do and don’t talk about race & identity. In Nobody Wants to Talk About It, Michael shares stories of his travels across the country to provoke conversations about race & identity. His 15+ years of fostering constructive dialogue lead him to craft seven helpful tools to navigate difficult conversations around issues of race and identity. The book also includes the script of his one-man play Incognito, suggestions for creating space for meaningful dialogue, resource materials and more.

Publisher: Incognito, Inc.
Number of pages: 169
Price: $17.50 gets you an autographed copy and includes shipping!

Digital Version (PDF*)
Price: $6.99
A digital file will be emailed to you after purchase.
* PDF is compatible with PCs, Apple, and mobile devices but not with Kindle. 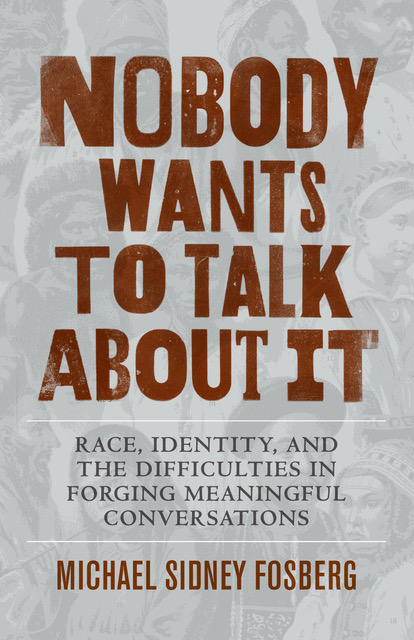