INCOGNITO:
An American Odyssey of Race and Self-Discovery
by Michael Sidney Fosberg

Imagine discovering you are not the person you thought you were. That you have a family, a history, an ethnicity you never knew. How would this discovery impact your life, the lives of those around you, your vision of yourself and society?

Michael Fosberg grew up in a white working-class family outside of Chicago, raised by his biological mother and adoptive father. In his early thirties, his parents divorced, setting off a series of discoveries that shake his foundation, and force him to take a closer look at the person he thought he was. Armed with only a name and a city, he sets out to track down his biological father, stumbling upon him in a miraculous first phone call. During the call Michael learns “a couple of things I’m sure your mother never told you.”

Now you can own a copy of his much-heralded book, Incognito: An American Odyssey of Race and Self-Discovery.

$25.00 gets you an autographed copy! Includes shipping.

Prices are for domestic purchase only. For sales outside of the United States and for bulk orders, please contact us at info@incognitotheplay.com.

“The book is a fascinating and multifaceted tale of discovery and developing relationships. Fosberg’s honest portrayal of finding what race means to him opens the door for everyone in our society to examine the same questions for themselves.”ForeWord Review

“This is a book that will have people of all backgrounds talking for some time.”Cyrus Webb, Conversations Book Club

“Incognito is the ultimate American story…this is one of those books that simply had to be written.”Dr. Larry Ross, Professor of Anthropology, Lincoln University

Yours is such a riveting story that speaks to identity, family, the complexity of the racial divide, and the struggle to find a home in two cultures. Thank you for sharing it with us.”Anita Baird, DHM, Archdiocese of Chicago, Office for Racial Justice

“This is one book that will take you on a ride you won’t forget!”Amazon top 50 reviewer 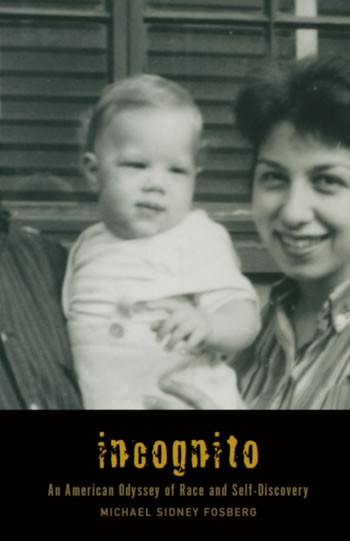