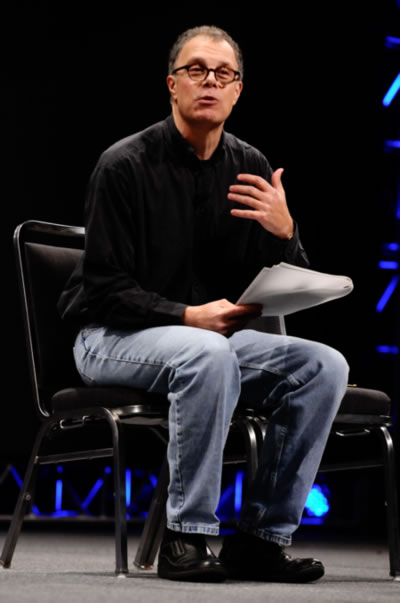 Incognito is a one-man, autobiographical play in which over the course of 50 minutes Michael Fosberg portrays over a dozen characters as he tells the true tale of the search for his biological father. For the past 15+ years, this non-traditional, unique entertaining presentation has captivated groups from as far ranging as The Boeing Company, to the Dept. of Homeland Security, to Harvard College, at various high schools and beyond. It is truly unlike any other program in the DEI space.

Michael’s personal story performed as a one-man play is a stimulating catalyst for dialogue on a multitude of issues. Raised in a working-class White family in a Chicago suburb by his Armenian-American mother and an adoptive Swedish stepfather, he began the search for his long-lost biological father at the age of 34 when his mother and stepfather announced their divorce. Upon tracking down his biological father in a miraculous first phone call, John Sidney Woods proceeded to tell him; “There are a couple of things I’m sure your mother never told you.” First was that he had always loved and thought about Michael, and secondly that he is Black.

The quest to find his biological father revealed more than Michael ever imagined. Not only did Michael develop a new, more comfortable relationship with his sense of identity, but he also uncovered a rich Black heritage. This life-changing revelation, the connections he made to his “new” paternal family, and the questions that his new-found identity raised in relation to how we perceive race in America, inspired him to create Incognito the play in 2001. 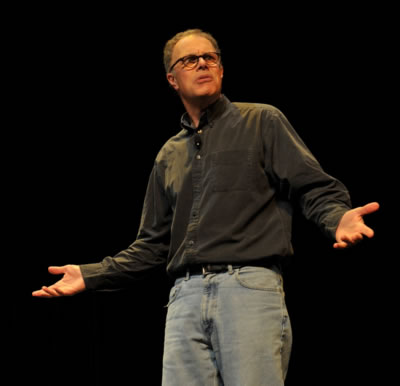 Since 2004, he has toured the show throughout the country, inviting audiences to question and discuss their thoughts on race and identity as he has come to question and embrace his own. Taking on characters of both races, he challenges the audience’s preconceived notions of identity. Each presentation is followed by a facilitated post-show dialogue that opens doors on safe and non-threatening conversations. The play has been delivered as a Keynote address, a Diversity training tool, a special event, or as a pure theatrical piece, always followed by an in-depth guided dialogue by Michael.

So whether it is at a high school, a college, a performing arts center, a corporation, a law firm, a government agency, a not-for-profit, an arts organization, a conference or what-have-you, Incognito is by far the most unique and door-opening diversity and inclusion program in the marketplace.

“Your two performances of Incognito for our student/faculty body and our parent community were truly astonishing. We have had many speakers on campus over the years; very few have inspired our community in quite the way you did.”The Branson School

“It is rare that an educational venue can find such a perfect vehicle, one that takes the audience on a dramatic ride that is breathtakingly entertaining and, at the same time, results in the audience thinking deeply about issues of identity, diversity and what it means to be human.”Elmhurst College

“To say your play made such a huge impact on employees would be an understatement.”HR Manager, NRG

Please call or email us for specific pricing details.